Montenegro
Seven Pearls of the Bay of Kotor
787 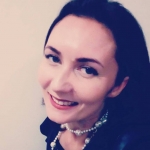 The Bay of Kotor, Boka, is the largest — and incredibly beautiful — bay of the Adriatic Sea. Driving along the road that runs through the east coast of the Adriatic (Jadranska magistrala), you can visit historical sites, relax on a beach, and dine at traditional restaurants. Here, the beauty of the Adriatic is highlighted and guarded by high rocky mountains, and its magical spirit preserves the past of the great empires.

If you travel by the sea, you are entering the Bay just like ancient ships did. That romantic path amid the Cape Prevlaka and Luštica Peninsula, was called Punta di Pellegrino detta Ostra, which means “pilgrim” and “awakening of spirituality”.

The tiny island Lastavica greets you at the entry to the Bay of Kotor. Mamula Fortress, built by the Austro-Hungarian general, Lazar Mamula, in the middle of the 19th century occupies 80% of the islet. Lastavica island is usually called by the fortress name — Mamula island.

During the Second World War, the Fortress served as a lockup for political prisoners, there is even a movie about these tragic times, Campo Mamula (1959). Until the beginning of 2019, the island was accessible to tourists, but now it is a restricted area, the Fortress is under construction, it will be turned into a lavish resort.

The next little island (700 square meters) is in Mirište Bay, near the Cape Arza. It has other names, Mali Žanjic or Mala Gospa.The islet houses the Monastery of the Blessed Virgin Mary — an amazing symbiosis of man made architecture and natural beauty.

The exact time of the construction of the monastery is unknown. Judging by the architectural details, it is no later than the 15th century, but there are also traces of frescoes dating from the 4th century. It was first mentioned in historical documents in 1508, when it was called St. Mary de Sagnic. There is a 15th century seal, now kept in the Savino monastery (Herceg Novi), with a note of Vavedenje church as part of the Savino Diocese.

The monastery is surrounded by massive defensive walls with a round tower and a loophole in the northwestern part.

Until the XVIII century, the place was thriving, but over time the population of monks decreased, and by the end of the 20th century the monastery was completely empty and at the edge of collapse. Fortunately, in 2002 it went under a complete renovation, and today the holy shrine is open to Orthodox pilgrims as well as ordinary tourists. The boats run year-round from the Beach of Žanjice (Plaža Žanjice) on Luštica Peninsula. The local monk and a flock of seagulls welcome guests at the walls of the monastery. This incredible island is very famous throughout the Adriatic despite its miniature size.

Archipelago of the Three Islands

The Bay of Tivat is the largest inland bay in Boka. It is a unique place with cerulean waters enfolding green land enclaves, the Island of Flowers, the Island of St. Marco and the tiniest islet of the Merciful Virgin.

The Island of Flowers, Ostrvo cvijeća, is only 6 kilometers away from the center of the city of Tivat. It is actually a peninsula — the island is connected to the mainland by a narrow, 5 meters wide strip of sand that disappears at high tide. Thanks to this isthmus, you can walk or drive to the Island.

The island is also called Mikholjska Prevlaka or The Island of St. Michael. The name comes from the local monastery, the Monastery of St. Michael the Archangel, the sanctum with a long and dramatic history.

The Orthodox monastery was built on the ruins of an old Benedictine abbey and played an important role in the development of the region from the 9th to the 14th centuries. In 1219, it became the seat of the Eparchy of Zeta.

In 1452, the Venetians destroyed the cloister and killed the monks. The island stayed empty until the 19th century, when the new Holy Trinity Church was built here with financial help from Tivat noble families.

Nowadays, the Monastery of St. Michael the Archangel is a state-protected site of cultural and historical significance and a working religious community.

The adjacent Island of St. Marco has another name — Stradioti, which translates from Greek as “warrior”, “soldier”. According to legend, the Greek gods gave the island to the fearless soldiers — as a place to rest and recover between the battles. When the men stepped at the island, they were enhanced by its beauty and tranquillity, and swore to lay down their weapons and never fight again. The soldiers planted an olive tree, symbol of peace, and watched the tree thrive into the grove. But after some time, the men got bored and started to raid the neighboring territories. Angry gods sent a terrible hurricane to the island, destroyed dishonest warriors and their ships. Only serene olive groves remained on the isle …

In the mid-20th century, the island belonged to Club Med company, there was a luxury and eco-friendly resort. Unfortunately, today St. Marco is abandoned despite the interest from many international investors, but still open to visitors, the boats run from Tivat all year around.

The Island of the Merciful Virgin / Gospa od Milosrđa

The teenest island at the Bay of Tivat is the Island of the Merciful Virgin. Its length is only 160 meters, and its width is 60 meters, but there is a cloister with a graceful church of the Holy Virgin and a lush garden. The church was built here in the second half of the 15th century.

At first, the island belonged to the Benedictine monks, then to the Franciscans, and in the 19th century it became a residence of the bishops of Kotor. After the Second World War, the island was nationalized and transferred to the Red Cross. Since1967, the cloister belongs to the Jesuit Order, it went under a large-scale restoration and is now open to tourists.

The Islands of the Bay of Risan

The view of the Bay from Verige Strait will simply take your breath away — you can see the gem of Boka, Perast, and two dreamy islands, Gospa od Škrpjela and Sveti Đorđe.

By the way, the name Verige Strait comes from the old slavonic word veriga, “chain”. The legend says, in 1381, defenders of the Bay held a massive chain here to prevent the passage of Venetian ships to Kotor. The other interpretation, this chain protected the coastal villages from pirate raids.

The emerald islet of St. George was named after the patron saint of Kotor. In ancient times, the island laid within stone’s throw from the coast, but in the 6th century, a disastrous earthquake ruined a part of Risan, and St. George became remote and lonely. Here, in the shadow of centuries-old cypress trees, many citizens of Perast found their last refuge, so unofficially the islet is called Island of the Dead.

Among the most famous people whose name is connected with the history of the island is the legendary Balkan navigator and shipbuilder Marko Martinović (1963-1716), the founder of the first maritime school at the Bay of Kotor.

All tales of the island are very sad. A young soldier of the French army, besiegen Perast, accidentally shooted his darling. The girl was buried on the island, and the soldier died at her grave.

One of the Roman Pontiffs cursed this piece of land, because a priest was killed here.

The island attracts bad luck, there have never been any joyful events, people came here only to mourn their loved ones.

Many art historians believe that the island was a model for the famous painting, Island of the Dead, by The Swiss Symbolist artist Arnold Böcklin (1827-1901).

Over the centuries, Sveti Đorđe has been constantly threatened by invasions and natural disasters. The ancient gravestones are wrecked, but the picturesque Benedictine abbey, built in the 9th century, is still standing.

And this is the only one of our Seven Pearls of Boka, where tourists are not allowed.

Our Lady of the Rocks / Gospa od Škrpjela

The tiny island of Our Lady of the Rocks is the opposite to closed and mysterious St. George. Our Lady of the Rocks is a man-made island with an amazing history. The legend says, in 1452, two brothers found an icon of the Mother of God on a small reef by the coast, and the people of Perast decided to build a temple on this site. They put together stones and ship remnants, constantly expanding the islet, built a chapel and, in 1630, a graceful church dedicated to the Mother of God.

Ornate marble altar was created by the Italian artist Antonio Capelano. The church is lavishly painted, frescoes depict scenes from the Old Testament and the life of the Virgin. The walls are decorated with numberless silver tiles, those are the gifts from local sailors. There is also an interesting museum with an extensive collection of archaeological finds, paintings and artefacts.

Near the church is a small house called Pomirbena Dvorana. It serves as a place of settlement for the fighting families or parties, regardless of their faith and nation, and is believed to prevent blood feuds.

Every July, the citizens of adorable Perast celebrate Fašinada. This is an ancient custom, devoted to the island of Our Lady of the Rocks. Local men sail from Perast on boats garlanded with flowers and filled with stones.

The mayor and honorary citizen of Perast lead the procession, followed by priests and singers. The men toss stones into the water around the island, then everyone returns to Perast for more music and celebration.

Montenegrin turbulent history is preserved and guarded by untouched nature on those magnificent islands. Splendid Bay of Kotor stretching between the stone blocks of Lovćen and Orjen, is a home of 180 Christian churches and monasteries. No wonder, the locals call Boka the Bay of Saints.